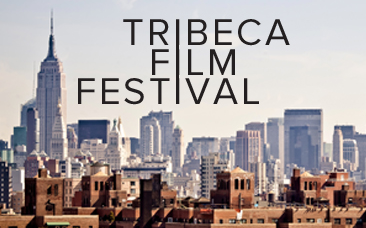 The 15th Tribeca Film Festival Announced the 2016 Juried Award Winners recently. The awards were presented a little differently this year. There were separate categories for the United states as well as a International Award. This year there was also the Storyscapes Award which is new. This award is given to a film with immersive storytelling. There were awards for storytelling in advertising and entertainment as well.

The Festive had a total of 102 entries this year. Seventy-four of those entries were short films. In addition to this there were 38 storytelling projects. The entries came from 42 different countries. In addition to winning cash prizes the winners will receive services provided by some top sponsors include ATT, HBO, Netflix, and other well known companies.

The winters for the Tribeca Film Festival were picked by a number of selected jurors. For the year 2016 the jurors were from the Hotel Residences. The jurors were Anne Carey, Chris Nashawaty, Mya Taylor, James Les Gros , and Jennifer Westfeldt.

There were a number of applicants but there are some films that came out on top. The Best Narrative Feature was the movie Dean. It was written as well as directed by Demetri Martin. The winner won a $20,000 sponsorship by the company ATT. There are several well known actors that presented this award including Robert De Niro. There were 10 films in the running but this one took the top prize. It was able to bring interest back to a well known genre and was able to balance humor with the other events that took place in the movie.

There are awards given out for acting ability as well. The award for Best Actor went to Dominic Rains in the movie The Fixer. While this is not a very well known movie Rains was able to give a very emotional and convincing performance.

There is a best actress award as well. This award for Best Actress was given out to Mackenzie Davis who started in the movie Always Shine. She had a brave and compelling performance that won the jury over. While she may not be well known she does give a great performance in this movie.

The award for Best Cinematography in a United States Narrative Film went to Michael Ragen and his work on the movie Kicks. He won $50,000 from Company 3 to help with post production services. This film was able to take the viewers into a violent world and make them feel like they were part of the action.

The Best Screenplay Award in the United States was awarded to Ingrid Jugermann for the movie Women Who Kill. This movie was original and told a story that gave a fresh look to indpendent films. The prize for this award is $2,500.

These were some of the awards that were given out at the Tribeca Film Festival for the year 2016. These films may not be mainstream but they were able to get the attention of critics and are worth watching. The films have great storylines as well as talent that has appeared in them to make them great.